When it comes to results, you have to have the physical capabilities to make that happen.

If you look around social media, you’ll see testimonials about the results people get from some nutrition program or training program they’ve done for X amount of time. Naturally, you get inspired by these people and what they’ve accomplish and decide you want something similar. What most folks DON’T see is the hard work that’s being put in. Often once they do….they ain’t about that lyyyfe. 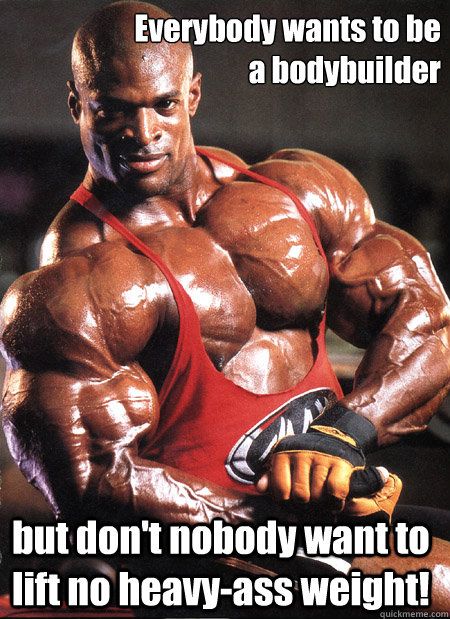 Granted, when the bright lights start to dim, we realize we don’t actually want the same things that we might marvel at, like having a body like Ronnie Coleman. Say what you will, like it or not, not many will have the dedication or the time to commit to such a feat. And I think that’s where most people get caught up.

While most of the results you want comes from how well put together your nutrition plan is, there is still the physical work that is a huge variable. Want bigger/stronger legs? You’ll going to need to get lots of lower body work, whether it’s some squat variation, machine work or sled work. Want to get more efficient at running? You’re going to have to put in the miles and technique work to become a better runner. Want to have a better looking upper body? You have to be able to do enough pull-ups, chin-ups, push-ups, presses and pulls to attain such goals.

It’s important to look deep within ourselves and ask what are we actually willing to do. It’s hard to know this sometimes until we actually get up and start doing. Though it might seem like a waste, if you’re diving into new waters and realize what you want isn’t for you, it’s better to know it then and learn something about yourself you didn’t know before. Which is always a good thing.