I’m not going to lie, I’ve been putting this blog post off for about….3 weeks or so. Why? Honestly, I’ve been pretty lazy about posting things on either my website or facebook page. I’d like to start doing more posts like these because A) it allows me to start writing more (and if you want to get better at writing, you gotta do it often), and B) it’s fun and I can talk about things that aren’t necessarily fitness related. So my goal is to try and roll these out a couple times a month. My life isn’t that exciting so sometimes I have to let time go by for me to actually have something to talk about ;P. 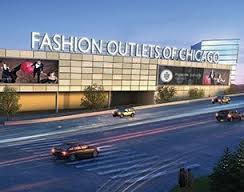 Since the Fall/Winter season I’ve put on 30#’s (purposefully) and with that of course comes the difficulty of fitting into clothes. Yeah, it’s been quite an interesting experience almost instantaneously going from a size “Medium” into Large. For me, I feel like it came soon after doing a week of 100 lunges, 100 box squats and 100 pull ups. From then on I felt my body grow over the span of two weeks, in addition to eating a f*ck ton, but also watching my training numbers increase.

Knowing this is what I WANT to happen, it’s not easy having to try and fit into your clothes that you already have. Luckily my boss was purging his closet and invited any of the employees to come snag some gear. I needed more as time went on, mostly for work, and so I’ve been on a bit of a shopping frenzy over the last couple months (thanks tax return ;D) re-stocking my closet for clothes that actually fit. One thing I learned, is that the bigger the size (for guys at least) the more expensive they get.

After speaking to my brother about this new Fashion Outlet Mall that opened up in Rosemont, I decided to check it out and take a little visit with my mom and little bro. Needless to say, it was a like a got damn museum in there: Under Armour, Nike Factory Outlet, Banana Republic, and a sh*t ton more stores that I care to walk into. I was there on a mission since I needed more casual button down shirts, training shorts, and shoe laces (since mine broke on my OLY shoes). For anyone who knows me, I know what I like and I hate window shopping. But dude…this place was unreal. I don’t really shop all that often, but man I was like a kid in a candy store. I wanted EVERYTHING.

There were two or three watch shops that were calling my name (it’s my guilty pleasure). The first watch shop I went into just opened and were doing a BUY ONE GET ONE….FREE.

I probably walked around that place looking at those watches like they were the cockroaches exhibit at the zoo- it was fascinating. I just bought a watch off Overstock.com a week or two ago so I was feeling guilty. I had to leave. Until I came upon another one and they were doing a BUY ONE GET 25-50% off the other. I was sad, but I knew I’d be back one day. I was proud of myself for getting the things that I needed. Likely I’ll go back to get workout gear (since I pretty much live in it) and maybe another dress shirt because I only have two that actually fit me now. Variety is the spice of life.

The parking was pretty cool too- instead of looking for a spot, they’re marked with a green light (vacant) or a red light (non-vacant) above the parking space. It’s free parking for the first 2 hours. If you’re in the Rosemont/Chicago area, it’d be a really nice place to visit. And to all my “Quadzilla” people- Under Armour has some great training trunks that’ll actually fit around your legs, but not hang off your small waist for cheap. You’re welcome.

2) Lately, I haven’t been watching much TV, outside of a little Spongebob in the AM after early sessions, and First Take on SportsCenter in between late morning sessions. However, I’ve been on a Netflix & Hulu kick with House of Cards, Breaking Bad (I’m a little late to the party on that one), and catching up with my Law & Order SVU. I’m also a “Dead Head” (The Walking Dead for all you non-nerds out there) and Vikings (on The History Channel).

First up: House of Cards

I have to say…this show f*cking rocks. I don’t really like getting involved with shows and fads that everyone else likes, but this is way worth it (obviously by watching the trailer for the second season above). I’m not going to spoil much for those watching and aren’t caught up yet, but dude……Meacham. Wooah, bro. Wooah.

The season finale has since come and gone, but I’ve decided to start watching it (especially since most of the world is done with it and won’t give spoilers on Facebook and Twitter) and I can definitely roll with the hype. I’ll tell ya what- it made me love science like I did back in high school. 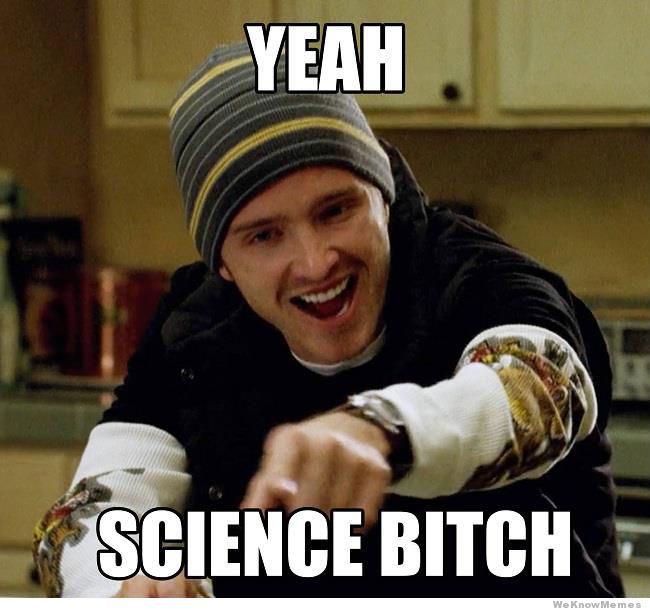 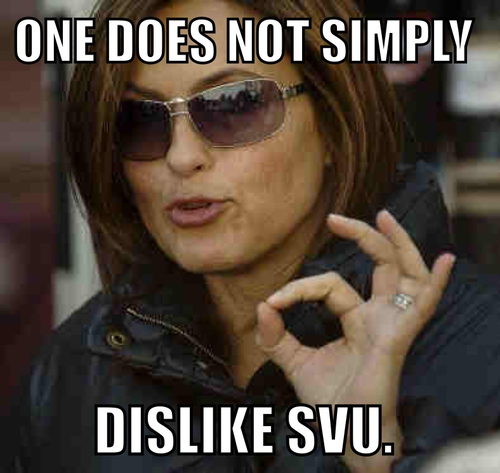 I’ve been watching this show for as long as I can remember and I’ve admittedly have fallen off the wagon. Thanks to Hulu, I’ve been catching up and I’m loving it right now. Sure, there are people that enjoy Criminal Intent, NCIS, etc., but SVU is my ish, man. Oh, and don’t mess with Olivia. She’s a badass.

I love history. I love Vikings. Hell I am one (HF Viking Pride baby….OH FIIIIVE!!!). Not much to say about this one. It’s got violence, a decent plot, nudity, conspiracy, sex, blood, yelling, sex, and nudity. I mean, what else do you want.  Checkout this trailer from this season.

I can’t lie, once I saw that there was going to be a show about a world that never knew zombies (so they call them “walkers”), I didn’t think it would last. Sure enough. I’ve watch every single episode without skipping a beat.

The clip is from the second half of season 4 and if you haven’t watched the first half up until the break, you’re missing out big time. If you’re not familiar with the show: It’s a show made from a comic about a world that doesn’t know about zombies. A group of people somehow find each other to make up the main characters of the show. Over time some have died off the show by the ones and twos, much to everyone’s dismay.

There’s villains (aside from the walkers themselves) and characters that everyone has grown attached to. Norman Reedus (Daryl) has been quoted saying, ” I don’t even want to put that makeup on. I don’t want to say goodbye to everybody. I will play Daryl Dixon until I’m 80 years old.” I’ve never seen or heard of an actor that is so passionate about a role. That’s how awesome this show is.

I haven’t read the comic, but when you watch the show, you can’t help but realize that everyone is going to die off…..or are they??

3)  The weather is getting nicer out and people are really wanting to start looking like they “belong on the beach.” I totally get it, but lately there seems this be this overwhelming concern for being “Overweight.” So much so I found this article to hit the nail on the head when it comes to the matter of being overwweight, and why it doesn’t really matter all that much.

Recently, some of my clients and their friends have been doing health screens for their work and a lot of them are out raged by the results- most of them coming back with the doctor saying they’re “overweight” based on their BMI readings. I’ve never been a fan of BMI, and frankly it’s a bit of a tired subject. However, they’re still being used in the medical field to put people in a category so their insurance companies will make the choice of keeping them or dropping them. I’m not here to discuss theories or conspiracies though.

My position on measuring your weight/body fat is simple: Don’t use a measure that’s going to make you hate yourself or make you crazy. Think about it for a second, you’re already pissed about the way you look and feel. So you go and get these readings to make matters worse. Next thing you know, you’re saying f*uck it and eating and drinking whatever. Then you fall into a depression. Some snap out of it, but wanting to do 7 million things to get healthier. The effort is well noted, but you’re stuck because you’re paralyzed by the amount of information you took in all at once. You don’t know what is working and what isn’t and you’re back to square one all over again.

It’s a vicious cycle that pharmaceutical, diet, and exercise equipment companies are banking on. For instance, the “TV Doctor”  Dr. Oz came out with a NEW diet “miracle”: Garcinia Cambogia. I don’t know about you, but if I can’t spell something, let alone pronounce it, I don’t know if I want it in my body.  Of course because of it’s publicity, it’s been on the shelves in many health stores. I frequent the local Vitamin Shoppe often and sure enough this thing was on the shelves right in front of the register. I’m not a genius, but do you really think you can take this stuff for the rest of your life to keep the weight off? In many cases, most would argue this is a product that could work well for short term goals. Nothing wrong with short term goals, but if that’s all you’re focused on, you’re not looking at the BIG picture.

Numbers never lie, but neither do how you feel inside and out (i.e. stronger, more energy, improved confidence, fitting into smaller clothes,etc.). It’s really up to you and what you believe to be a true measure of your success.

5) My “Mothers in Training” program has commenced and I’m super excited to help these ladies out. 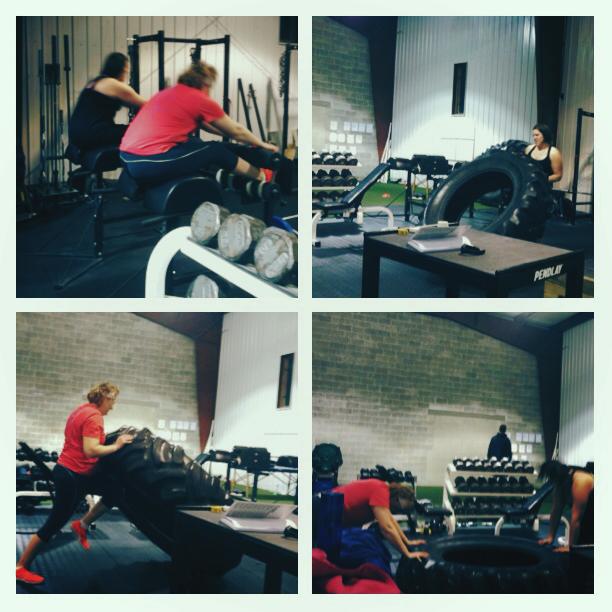 I remember when I was telling my mom about this and she absolutely loved the idea. She said she wished she had something like this back at home, so I knew I was on to something. Group training is definitely the future of training and what better place to have that at a facility and program built specifically just for those needs?! Sure, it’s not easy gathering moms from different families with different schedules, but it’s totally worth it. The times vary from group to group; mornings seem to work well for most, but evenings are open as well. It’s a really great program and something that this demographic needs. Click on the LINK for more deets!